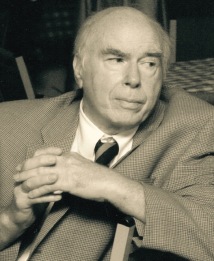 My first memories go back to 1942 when the family was living in a shotgun rental house between the Polk County Jail and the local Catholic Church. Daddy was the local manager for Georgia Power Company. He held an essential defense job and was not required to serve in the military, but he served as a Local Air Raid Warden, volunteer fire fighter, and was even pressed into service as a lineman climbing poles. Lorraine was a stay-at-home Mom baking cakes that customers picked up on Friday. Due to WWII rationing, customers were required to bring a cup of sugar. It was most frustrating when some customers would bring a teacup of sugar and not 8 ounces!

We were raised in an environment of limited activities. Carmie, Roy and I grew up with a half-dead chinaberry tree that served as our war machines—airplane, ship, tank, or whatever our imagination conjured up. In the front yard there was a vine hanging from a water oak tree that allowed us to swing out over the scraggy hedge and land on the sidewalk or if you could hold-on long enough you could swing all the way back to the porch. A treasured toy was the enameled top from a water heater that enabled us to make a shelter when we stood it up with sticks.

The best description of the Polk County Jail would be “Mayberry RFD!” There may have been 2 or 3 inmates in locked cells but most hung out in the yard, sweeping it with brush brooms and playing marbles with us.

On the other side of the house was the Catholic Church. Typical of the south in the 1940’s, we were whispered to that the Catholics were different. We did not know what was different but we did not go over there!

In 1944, Daddy left Georgia Power and the family moved to Jackson. Daddy and Mama opened an electrical repair and appliance sales shop. Electricity was finally available in rural areas through the REA. I helped Daddy wire many homes. This was a miserable job as we crawled under houses with spiders, snakes or whatever, made midnight rides to repair well pumps, or shared in the excitement of an electric stove being installed in a home!

As the “baby,” Roy lived under the strict protection of Mother and was never required to work like Carmie and I did. In high school, Carmie played the organ and piano at the Jackson Baptist Church, and I sacked groceries.   Roy could sit and grin; in fact, sometimes I doubted his intelligence.

Daddy was an instructor in electrical theory and applications at the North Georgia Trade School. At that time, there were only two trade schools in Georgia; one in Clarkesville and the other in Americus. Mother taught her private kindergarten with morning and afternoon sessions. Both of them were loved and respected teachers. They expected us to do our best and we were not permitted to play any sports if we did not have all A’s on our report cards.

I started football practice in Jackson before moving to McDonough where I played on the varsity team. At North Habersham High School, Roy joined me in football. Roy excelled in football, basketball, and baseball. His opponents did not grin! He was an outstanding natural athlete and could have played major college football or basketball. In fact, he was invited on several recruiting trips his junior and senior years. When I asked where he decided to go, he informed me that he enjoyed the trip, had a pretty date, but that he was going to be a rocket scientist!   There are those who believe life is like a sine curve and some humans, like Roy, are one-half phase ahead of rest if us – “the man on the street.”

Roy entered the co-op program at Georgia Tech the fall of 1958. As the fall quarter was ending and his first round of final exams was beginning, Roy came to my room and said, “Let’s go to the movie” (cost $.50). As his older brother, I admonished him and asked if he had done all of his homework problems. Roy’s reply was one of life’s great lessons to me. He replied, “Brother, if you understand the concept you can work any problem.” He breezed through Georgia Tech graduating with a B.S. in Electrical Engineering in 1964 and B.S. in Applied Mathematics in 1965.

He went to work for Douglas Aircraft in North Carolina and was soon transferred to Santa Monica, California. He received a M.S. in Engineering from UCLA and completed the course work for the doctorate. Roy did not write a dissertation so he was ABD. He said he wanted the information, not a piece of paper. In 1976, he moved to the Huntsville, Alabama area and worked between Huntsville and Santa Monica with McDonald Douglas.

During his “California years” Roy pretty much blocked out the rest of the world to devote his time and energies to his studies and “top secret” work. None of us heard from him except when he sent Christmas presents to the family, especially educational, skill building gifts to his nephews and niece. One summer cousin Robert Rainer and I actually hired a private detective to determine if Roy was dead or alive. Thankfully he was alive and well.

He had purchased a large four-bedroom house with an Olympic-size swimming pool and furnished it with a barstool and sleeping bag (also had a sleeping bag in his office if he was too involved in a project to go home!). He survived on health foods and vitamins. In the mid-1970’s he invited his parents out to see him. In preparation he bought two more bar stools and a bed for them! They got to meet Lorraine Martin and were delighted with Roy’s girlfriend. He treated them to a grand tour of California and the western states. It was the trip of their lifetime and they cherished the memories until their deaths.

On one of his rare visits home I asked him what he did for a living, and he responded that “I would not understand.” However, he did explain his work to our children!

When Daddy suddenly died in 1980, Roy dropped everything and came. His wardrobe in California consisted of shorts, tee shirts, and flip-flops—no button-up shirts nor long pants and certainly not a suit and tie! His 16-year-old niece, our Julie, went with him to a men’s store so he could be suitably outfitted for the visitation and funeral.

On one of his assignments to California, he happened upon Lorraine Martin in a parking lot. They resumed where they left off many years before and were married in Las Vegas within the week. They gave us two beautiful and talented nieces, Allie and Cathy. Allie is an RN and Cathy is a mathematician with the Redstone Arsenal. Whenever he was complimented on his family—he would just sit and grin.

During the height of the Cold War, Roy was required to call in and give a code at predetermined times. It is my understanding that Roy’s work and identity were so secret that a conference with him involved three adjoining secure hotel rooms: one for Roy, one for the party wishing to communicate with him, and, in between, one for a coordinating committee. Before any exchange of information, a ”need to know” and proper clearance had to be established. His supervisor told me that during this time even he couldn’t fully discuss Roy’s work.

Why? Roy knew more about the trajectory of Soviet intercontinental ballistic missiles than anyone in the free world. Roy could tell within seconds of a missile launch where it was going to hit! His formulation of algorithms to describe the actions of these weapons laid the foundation for the missile defense system – a major factor in the fall of the Soviet Union.

Roy worked alone. When offered staff he refused with the answer, “I’m a researcher, not an administrator.”

Yes, he realized his dream of becoming a “rocket scientist,” he was immensely respected, a great family man, and remained an active athlete until his untimely death in 2012. It is truly unfortunate that due to the nature and secrecy of his work, he will never be recognized for his profound influence on history. We believe that he resides in a new dimension where he can reflect on his accomplishments while sitting and grinning.

P.S.  Another Thrasher Family involvement needs to be recognized: Bill H. Thrasher’s “top secret” work with satellite surveillance of the USSR’s missile sites furnished the necessary information to enable Roy’s mathematical algorithm to function as well as it did. Wow! Two cold warriors in the family, and they both had to keep it quiet!